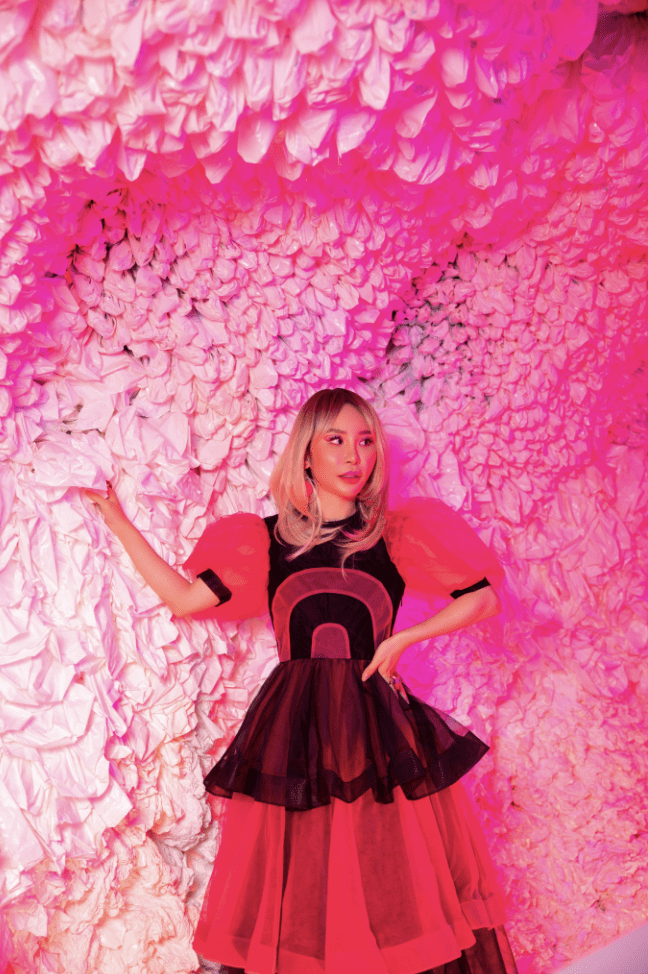 Abigail Spenser Hu is a Los Angeles-based singer, songwriter, and influencer with Chinese roots. She was born in China but relocated to Canada and later the US for college. The singer travels the world, setting herself up as a nomadic artist and citizen of the world. During the pandemic, Abigail kept flexing her artistic muscle and spent much time cooped up at her home in Los Angeles, aiming to enrich her debut project.

Abigail has been an artist throughout her life. Much of her motivation originates from the visual realm, and she has continuously acknowledged that sound has always been part of her work. In her opinion, music helps her traverse life towards multi-dimensional layers, authorizing her delight in a stirring life full of art and wonder.

Abigail has achieved a plethora of success; she has been featured in well-known magazines like Vogue, Marie Claire, Cosmopolitan, Glazier, and Bazaar. The talented and hardworking artist released her debut project, dubbed “Inward,” a few months ago. The song is about personal approval, love, faith, and encouragement. It gives anyone that much-needed dose of positivity in these strange times where uncertainty and self-doubt come too quickly.

“Inward” is such a banger and has been the talk of the town. The debut track similarly attracted more than 1.6M Spotify streams. Abigail constantly improves in her work, adeptly mingling impressive performances with sensitive lyrics and deep emotions. When asked about any wisdom he would wish to share, Abigail said that people should embrace learning new perspectives through travel and finding new ways of doing things, breaking traditions.

The artist’s sound and songwriting suggest a warm, sentimental feel. With her roots set in folk music and an attachment to storytelling, Abigail’s work is undoubtedly an interpretation of the two. She has been experimenting with the incredibly sought-after genre of deep house, progressive house, and many other EDM subgenres. Additionally, Abigail has been showcasing Instagram videos of her in the studio, recording multiple EDM tracks over the past few weeks. Her unceasing exploration of numerous genres and the forward-looking view of the music world will set the tone in the music world.

As a multimedia NFT artist and the first mega human and virtual influencer, Abigail plans to create her own video game and subsequently launch it in the metaverse. She explains, “I aim to become the first influencer and singer in both the real world and the metaverse. Therefore, I am releasing NFTs as my first collection in February as part of my new single ‘Inwards’ song release.”

“While producing this short sci-fi-fantasy film music video, I met and collaborated with various talented artists. The second part of the NFT release of my avatar digital self with otherworldly backgrounds will be in March. I have set myself the goal to release biweekly content in the meta and real world at the same time on my Instagram account,” Abigail added.

Abigail does not value fame and wealth as the be-all and end-all. She prefers elevating others. She wants to share good art through music with people, change the world for the better, and become influential in some way. She would also like to do festival music performances and become a top dance/pop/EDM artist.